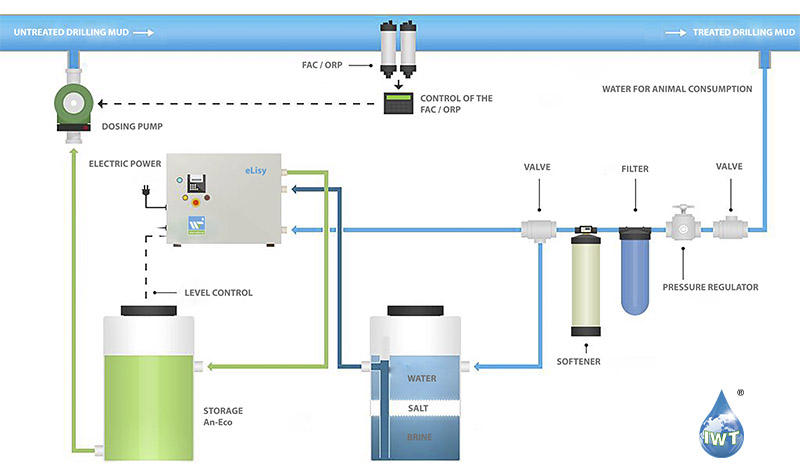 Water used for the fracturing of oil and gas wells can be treated with Aneco® solutions to manage bacteria, protect fluids and fracturing gels, and ensure better polymer and performance. Aneco® solutions eliminate fouling, including pipe sludge, and water-cooling systems can be kept free of biomass, improving heat exchange values and eliminating corrosion caused by microbial presence ( MIC). The produced water can be treated before being reused in stimulating liquids or in large jets of water.

Recent data collected during field operations in which the fracturing water has been treated with Aneco®, show that the levels of bacteria in the fracturing water (Frac) have been reduced below the threshold, having therefore a negative impact on the fracturing gels and fluids (Frac).
It has been also demonstrated that Cateco® significantly reduces the surface tension of water and can be used to induce water used to stimulate well production.

Aneco® also has some characteristic properties of Cateco® and, as a biocide, is to some extent a natural surfactant. The use of Aneco® with Cateco® in oil rigs results in increased oil recovery simply by using inexpensive and eco-friendly products. In addition, Aneco® prevents microbial contamination of the water injection hole during oil recovery. Aneco® reduces the need for disinfection using traditional chemicals, which can be expensive, highly toxic and potentially dangerous for transportation and storage.

The quality of the injection water is essential. It must be free of suspended substances and have a low oxygen content to prevent the growth of anaerobic microorganisms. It is also important that the water be free of anaerobic bacteria, especially those that reduce sulphate, which develop under anaerobic conditions by reducing sulphate ions present in hydrogen sulphide (H2S).

H2S is highly corrosive and reduces the sale value of oil. Increasing its sulphide content causes corrosion of the pipes, and may pose a potential health risk to personnel.

Applications in OIL and gas :

• Fracturing Water (Frac) – For the typical treatment of fracturing water (FRAC), mixture of 5 liters of Aneco® with 1000 liters of fracturing water at 2.5 ppm FCC to mitigate and delay the growth of non-public micro-organisms such as anaerobic bacteria, aerobic bacteria and bacteria that reduce sulfites to protect fracturing fluids, polymers and gels.
• Sour Wells – For typical well treatment, a very slow-paced dose ~ 600-650 liters at 500 ppm as an Aneco® FAC in the well bore on a daily or weekly basis to control unwanted microorganisms, reduce hydrogen sulphide gas emissions and restore its integrity. *
• Produced Water – For typical water treatment, mixture of approximately 21 liters of Aneco® with 1000 liters of water produced at 10.5 ppm FCC to hinder the growth of unhealthy microorganisms.
• Heaters, hydrocarbon storage facilities and gas wells – To treat the storage facility, mix approximately 500-550 liters of Aneco® at 500 ppm FAC in the aqueous phase of the mixed system of hydrocarbons / water hinder the growth of microorganisms, control the formation of hydrogen sulfide and reduce the corrosion of storage tanks. *
• Flood Water – To treat water from a flood, mix 21 liters of Aneco® with 1000 liters of 10.5 ppm FCC water to retard the growth of microorganisms and control the mud in the pipes. 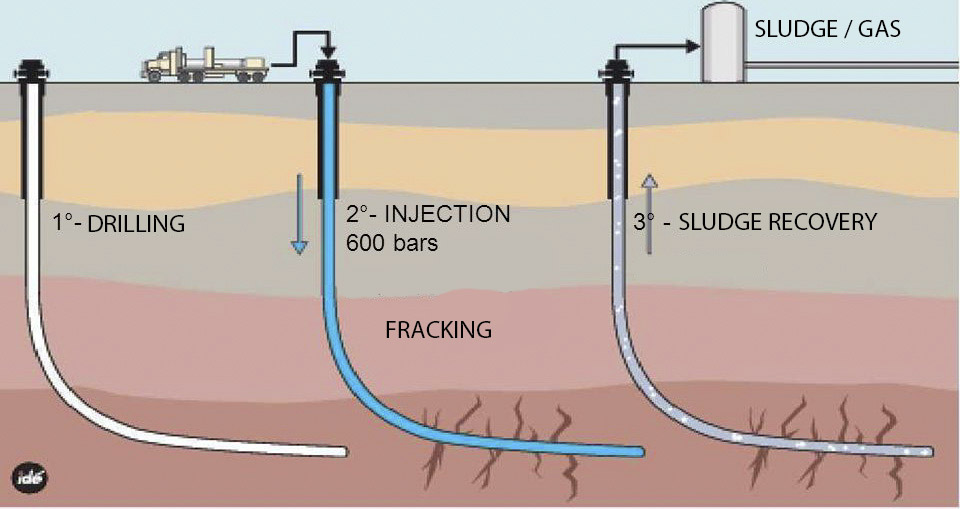 Important Note: The above dosing regimens depend on source water and may vary depending on the contamination of the treated items or, in other words, FCC’s demand. Anything can influence the dosage and result in higher volumes of Aneco®.
So far, the introduction of EOR technology (EnhancedOilRecovery) has been hampered by the lack of generators capable of producing large volumes of product (1000 LPH – 6000 LPH). ANECO® has developed this type of Aneco® / Cateco® generator and has made them serial.
A typical EOR ANECO® system is extremely compact and easy to install in systems with minimal exercise interruptions. In addition, ANECO® EOR technology does not produce unwanted byproducts. What makes the application of Aneco® and Cateco® extremely attractive in the oil and gas industry is the very low production cost of Aneco. ® / Cateco®.

This information comes from generic public domain data. Treatments using Aneco® by ANECO® depend on shale petroleum rocks and are commercially sensitive information.

The same disinfection principle of ANECO® can be applied to the treatment of drinking water on offshore platforms. The environmental disinfection system can be used after storage, at the point of use, to remove bacteria, mold, yeasts and fungi that contaminate water supplies.

In general, Aneco® and Cateco® solutions are effective in managing bacteria and other microorganisms in oil and gas production. By working with the ANECO® equipment and solutions of the oil and gas industry, it is now possible to use this unique EOR technology to improve production and profits with a consideration for the environmental and financial sides.